Naitolia Village is a community of approximately 1,800 people located in the Arusha Region of Northern Tanzania. The inhabitants of Naitolia belong to the Maasai tribe, which is an indigenous ethnic group of Arusha.  The Maasai are livestock herding people, and approximately 80% of households in Naitolia earn a living through livestock keeping. Herd sizes range from 5 to 800 cattle, sheep, and goats. 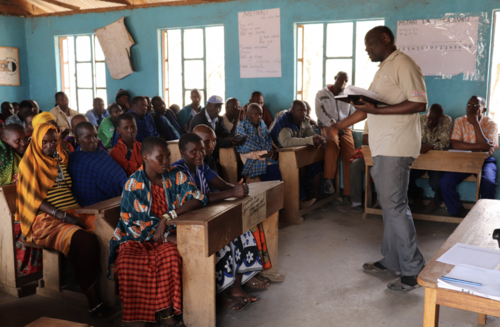 As a result of the large number of livestock in the community, there is a high demand for water.  During the rainy season, there is enough water to meet the needs of the community.  However, during the dry season, obtaining enough water for both human and livestock needs can become difficult. During the dry season, villagers drink water from two local sources: the borehole and the pond.  The borehole is a narrow shaft that was drilled into the ground to access the clean water which exists deep below the surface of the earth.  A pump moves water from the borehole to various domestic points (DPs) throughout the community.  Water from the borehole is relatively free of bacteria and is safe for humans to drink.  However, many members of the community rely on the pond, which holds a substantial amount of water from the rainy season.  Although the pond does contain bacteria, it serves as an important source of water for livestock.

In theory, the borehole provides water to humans and the pond provides water to livestock during the dry season.  In recent years, however, the pond has not been operational due to a breach.  The breach inhibited the pond from holding water, completely eliminating an essential source of water for the community.  Due to the importance of livestock in Naitolia, many villagers have begun to use clean water from the borehole system for their cattle, goats, and sheep.  With so many livestock relying on the borehole system for water, the quality of water for human consumption has declined in Naitolia.

In 2017, the Tanzanian Partnership Project (TPP) submitted a proposal to Engineers Without Borders USA for a pond rehabilitation project in Naitolia.  TPP is a collaborative alliance between various international and local non-governmental organizations dedicated to community development.  TPP has worked in Naitolia Village since 2008, and identified the pond breach as a source of water-related challenges for the community. Since 2017, EWB-Yale was worked to design and implement a pond rehabilitation project in Naitolia.

In August 2017, a team from the EWB-Yale traveled to the community of Naitolia, Tanzania on the first assessment trip of the project. The main objective of this trip was to gather information on the community’s current situation with regard to water supply, particularly the proposed rehabilitation of a man-made water storage pond.

In August 2018, the EWB-Yale team returned to the village to initiate the implementation phase. The primary goal of this trip was to increase water availability to the community by restoring functionality to Naitolia Pond. With support from local contractors and engineers, the depth of the pond was increased and a spillway was constructed to control the flow of water in case of an overflow. Additionally, a trough for livestock was constructed below the pond with financial support from the community.

In August 2019, EWB-Yale returned for the third time to Naitolia Village. Excavation of the pond continued and a second livestock water trough was constructed based on community feedback. In addition, land surveying was performed throughout the entirety of Naitolia to better understand the water infrastructure in place and how to potentially extend the tap system.

Future plans for the water system includes further excavation of the pond to ensure that the community will have access to clean water throughout the entire dry season. Additionally, the EWB-Yale team hopes to expand the pipe system to reach the village preschool, which would further expand access to clean water in the commnunity. 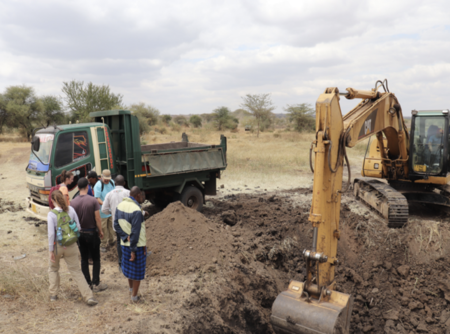 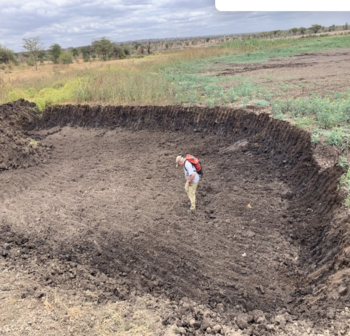 During the 2019 trip to Naitolia, students from EWB-Yale taught a two-part workshop to students in fourth, sixth, and seventh grade at Naitolia Primary School. The first part of the workshop explained the difference between clean and dirty water, emphasized the importance of hand-washing, and demonstrated how bacteria can contribute to sickness. Members of the EWB-Yale team helped students plate samples of water on Petri films. The second part of the workshop helped students identify which sources of water were safe to drink in Naitolia. These workshops ultimately reinforced the importance of drinking clean water and practicing good hygiene. 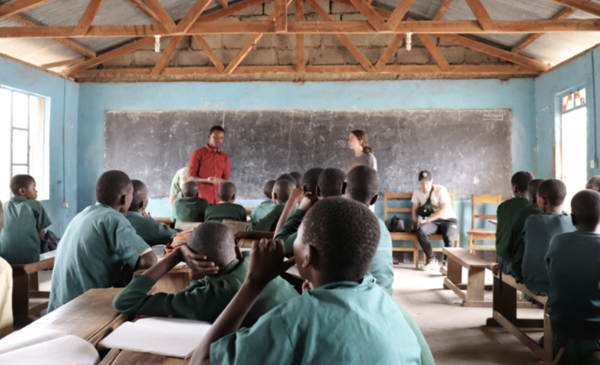 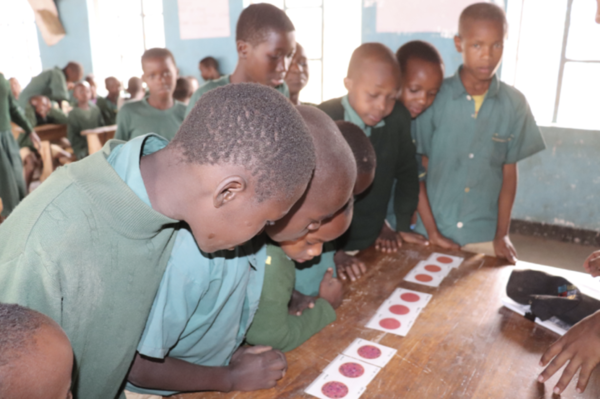