About the Roh Community:

Roh has approximately 1,200 residents and is situated in a rural, mountainous area of northwestern Cameroon. The village is comprised of a Muslim community, a Catholic community, and a Protestant community. 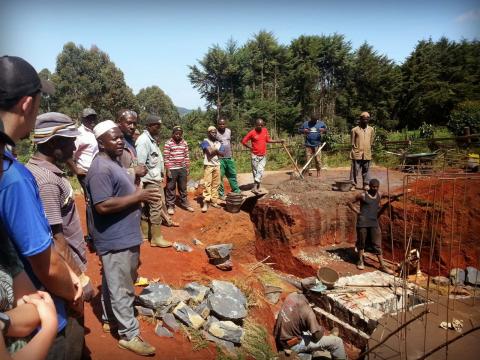 Towards the end of our project in Kikoo, the chapter was solicited by the nearby village of Rohvitangitaa (Roh) to improve a gravity-fed water distribution system that was originally built in 2006.

EWB-Yale adopted the Roh project in 2012 with hopes of constructing an efficient system for the village that will improve access to clean water thereby reducing the incidence of water-borne illness. 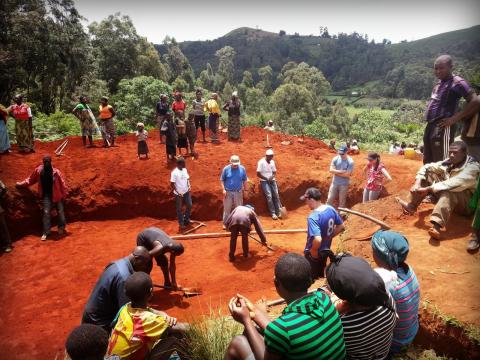 The existing water system in Roh cannot meet the demands of the village’s 1,200 inhabitants.  A portion of the villagers resort to the use of unclean stream water, Roh Mendsev, which leads to a high incidence of water-borne illness. The goal of our project is to replace the existing system while expanding its coverage to improve access for more villagers.  A 20,000-liter storage tank will also be constructed and connected to the system in order to supply a consistent flow of water to Roh to meet the high water demand of the early morning and evening as well as ensure access during the varying conditions of the wet and dry seasons. We will construct twelve public standpipes in addition to the three functioning ones that currently exist, and there is potential for installing a second catchment in the future.

A Focus on Health Education:

In addition to the physical construction of the system, a large part of our project focuses on health education efforts. We want to ensure that alongside improved access to clean water, the community members exhibit healthy behaviors, which will keep the water from being contaminated between collection point from the system standpipes and consumption time in the households. With the help of our public health mentor Laura Skrip, we are also conducting health surveys to evaluate the prevalence of waterborne illness and the impact of clean water and healthy behaviors. 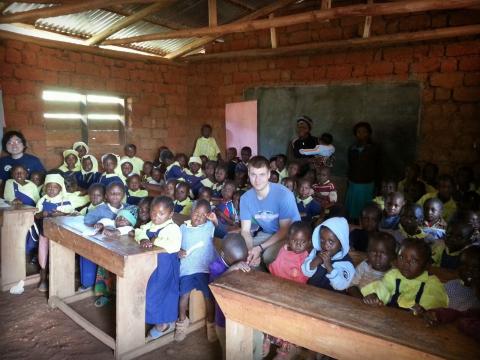 In 2012, the trip team traveled to Roh to collect topographical and geographical data in order to begin design of the new system.
Team members also conducted a baseline health survey that collected information from households across the community regarding past month illness, what sources they gather water from, etc. 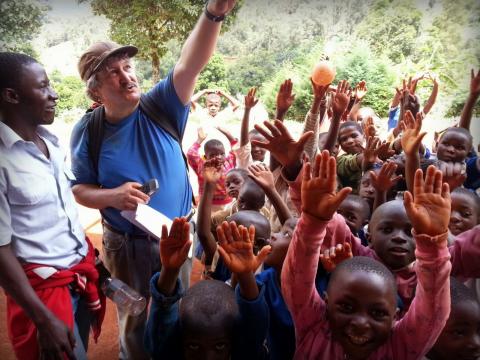 EWB-Yale traveled to Roh for the project’s first implementation trip in May 2013.  Our team, along with our mentor Dave Sacco, worked alongside the people of Roh to construct the storage tank. In addition, through a vessel disinfection trial conducted at Yale, the team determined that bleach is the most effective way in breaking up biofilms formed over time on the surfaces of water vessels (transport, storage and drinking).
The team taught various households throughout Roh how to use bleach to disinfect their water vessels and coordinated with the community store to ensure that bleach would be available to community members. In an effort to educate Roh youth on health matters, EWB-Yale taught two lessons in each of Roh’s three primary schools focusing on sickness, bacteria and healthy behaviors. The students enjoyed these interactive lessons. EWB-Yale looks forward to our next implementation trip later this year.
(Project Page Co-Written by Lauren Gardanier and Adam Sokol)