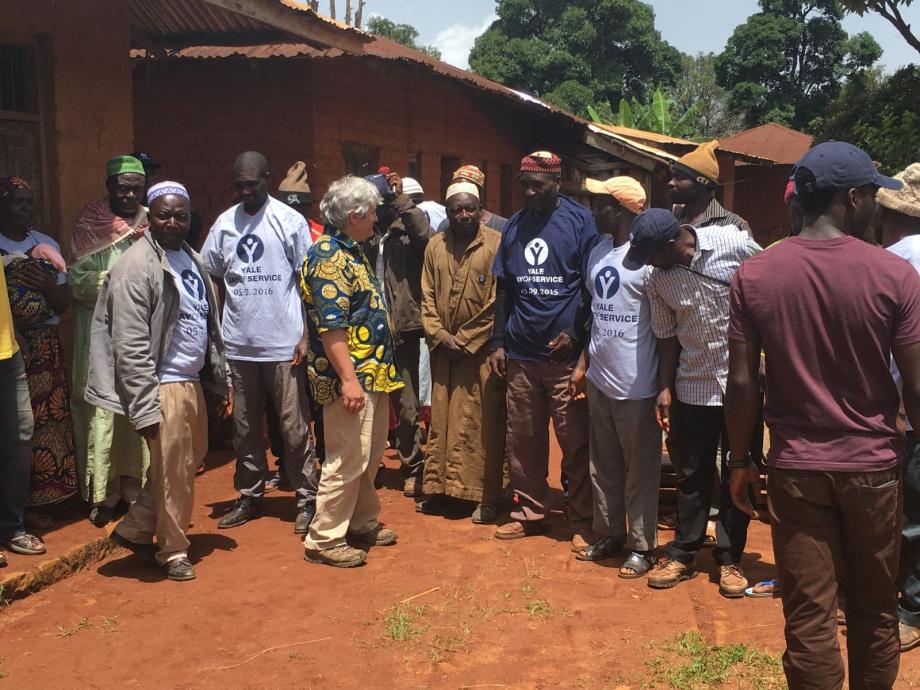 We had all the calculations. We studied every measurement, we knew every plan, we went over every dimension and diagram, and none of it mattered. There were too many other lessons to be learned. Engineering is about innovation, and innovation is born of adaptiveness. And nowhere adapts like Cameroon. I’ve seen rear car axles made into satellite dishes, and nothing but corn made into dishes enough to serve a dozen. I’ve seen sticks and tops made into ingenious children’s toys, and I’ve seen stones and cement turned into hope for a community. The people of Roh are engineers, every day of their lives and in every way, and I don’t know what we were ever expected to teach them. Instead, they taught us. They taught us about their country, about their culture, about what it takes to make engineering happen. It takes people, and ideas, and collaboration. I learned about the endlessly inspiring, tirelessly cooperative nature of the human spirit. I learned about compromise, when our head mason wanted water moving through the catchment a certain way, no matter what our schematics said. I learned what it felt like to really be a part of a cause, as I passed a pail of water or an eighty-pound stone down a long line of local men, women, and children all equally committed to their work as I was. I learned that kids are the same everywhere, and that chicken tastes better when you help kill it yourself, and that Cameroonian college students can like American country music. I learned what kimbang means, and what moonrise looks like over the mountains of Bui Division, and I learned what engineering means in the context of the world.

Those two short weeks feel like another life now, looking back, but it’s so important for me to hold onto the thought of them, and to never forget that it’s because of them that I know there’s more out there than most people are ever lucky enough to realize. There are so many lives and so many stories that happen outside of our consideration, and so many ways to live in this world, and so many kinds of life beyond the insular American one I lead. Even now I struggle to put it all down on paper, because committing it all to the written word seems somehow disingenuous to the bright, beautiful breadth of the experience. It makes me understand why the Nso don’t have a recorded historical tradition; I remember Cameroon in images and impressions, not in words. Cameroon is in the sound of children singing to welcome us to Roh, and the smell of red earth, and the taste (and texture, if I’m honest) of my fourteenth lunch of fufu in a row. Cameroon is alive, and it’s smart, and it doesn’t need my help.

Life-changing is a word that is used too often, and it feels too cliché to fit here in a meaningful sense. But I do mean it. I don’t know how I’ve changed exactly, but I know that it’s impossible for all the perspective I’ve gained from Roh not to inform my personal and professional direction for years to come. And although this is a personal recollection, I don’t just want to make it all about me, because I owe so much to the indomitable spirits of the people I met while I was there, and the people I traveled with and really got to know. Cameroon taught me how to be an engineer in the purest sense: how to think about a problem with others, accept a flexible, contextual solution, and put real physical work into making it happen. No matter what I say here, what really matters is that it will now always be more than just words: there is a catchment now in Roh that I helped to build, and it brings water to the people that chose to celebrate our visit so much, and there was a change in me, because of it all, that will never be forgotten.