Building a Water Catchment in Cameroon

When we arrived at the spring source, some digging had been done by the villagers to better access the water, and some rocks had been brought in to prepare for construction, but the site still looked like nothing but a gouge in the side of a hill with water trickling from various places (some from the spring, some from the surface layer) and debris strewn around. 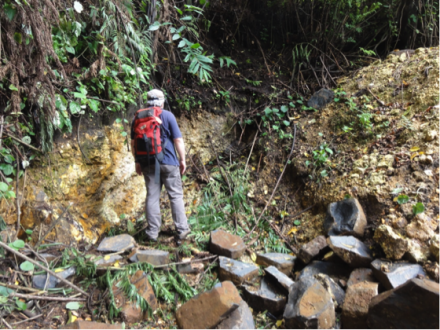 After much digging and sweeping and washing, we uncovered the hard rock layer below and transformed the site into an excellent foundation for building upon.  Water was still trickling down the walls and flowing every which way, though, so we chiseled paths in the rock that directed the water and eventually focused it into a single stream. 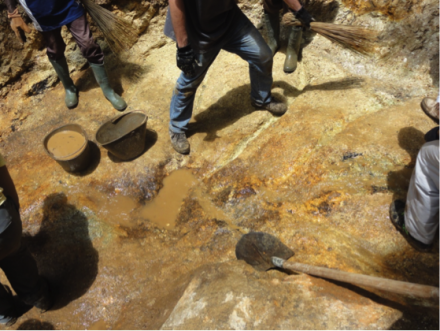 The first step in building the catchment was to line rocks on either side of the water stream to prevent obstruction of the flow. 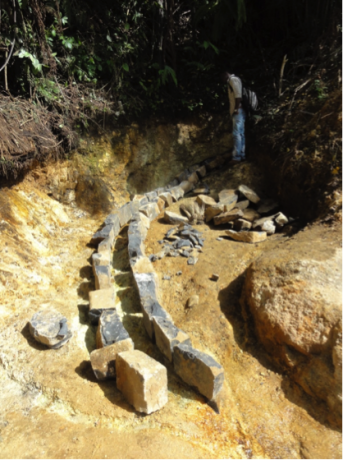 The local masons also carefully selected and placed rocks to cover the stream path, further protecting it.  Meanwhile, we worked with villagers to carry many, many more large (60-100 pound) rocks, one-by-one, to the site.  Villagers even carried the rocks on their heads! 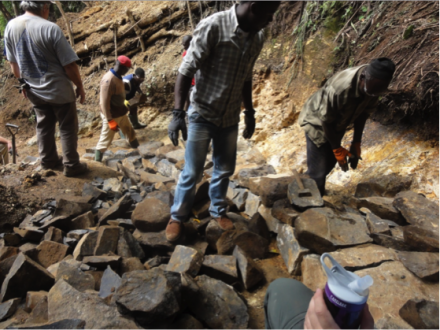 Each stone was carefully chiseled and laid until the entire area was filled with a few sturdy layers of rock.  Then gravel was poured around the edges to impede plants from growing into the catchment. 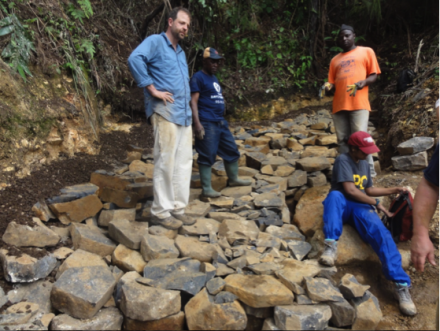 The masons once again went to work, this time breaking up the rocks into smaller pieces and placing them to fill in all the gaps between larger rocks and create a good surface on which to spread concrete. 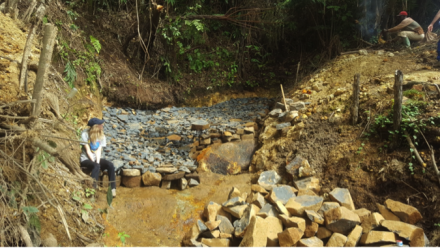 Meanwhile, a portion of the hill nearby was dug out, and a concrete mixing pad was made. 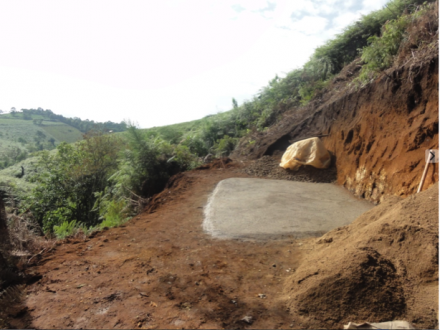 Cement, sand, and gravel were carried down the steep hill to the mixing pad (even the local children carried bags down on their heads!) and mixed with water until they reached the right consistency. 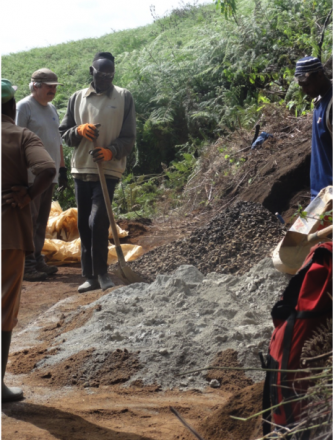 Trowels were used to spread the concrete over the catchment. 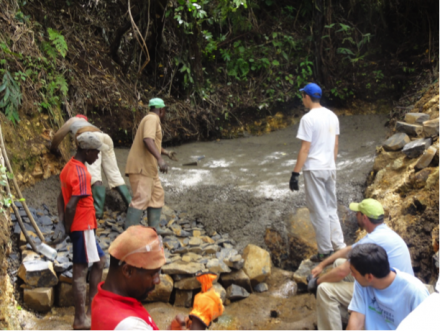 Finally, a layer of mortar (sand + cement + water) was spread on top to create a smoother surface that would repel water, making the catchment more durable.

By the end of the trip, we had successfully helped to build a structure that collected the clean spring water while excluding potentially contaminated surface water.  Over the next year, the villagers will continue with building a dam, laying piping, etc., and we hope to see the finished product when we make our final visit next spring! 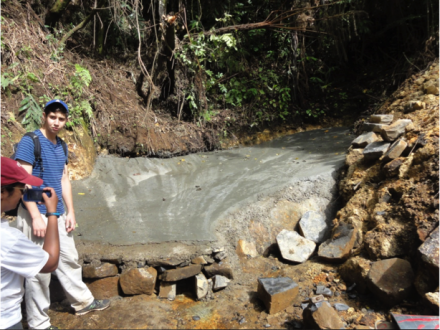