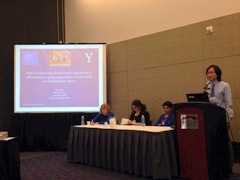 As part of our ongoing collaboration with the Yale School of Public Health, Laura, Natalie, and Daniel represented EWB-Yale at the annual American Public Health Association (APHA) conference in Boston.

On October 29th, new members of the Yale chapter of Engineers without Borders put their design abilities to the test during a EWB bridge competition. This night of competition was the culmination of several weeks of work on the part of new EWB members, who were split into several teams. Each team had to design a bridge that could span a 1’ gap and transport a small toy ATV (nicknamed “Dave” after Yale chapter mentor Dave Sacco). Additional points were to be awarded based on the ratio of the weight that the bridge supported to the bridge’s own weight.

Our new project brought us to the nearby village of Rohvitangitaa (Roh) to improve a water system that was built in 2006.  EWB-Yale adopted the Roh project in 2012 with hopes of constructing a clean, efficient water distribution system for the village.

Last week, members of Engineers Without Borders were able to attend and present at the dedication ceremony for Yale’s new Center for Engineering, Inovation and Design (CEID). This was a fantastic event, and we are very glad to have had the chance to attend. The CEO of Boeing, Jim McNerney, YC’71, was in attendance and spoke to several students about their involvement in the project. 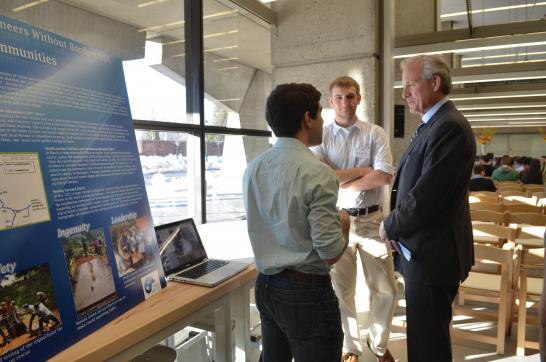